By Jenks Farmer on July 12, 2013 in Deep-Rooted Wisdom: Stories and Skills from Generations of Gardeners, intergenerational gardening, trees

I get to hang out with a lot of old guys.  I love them; they teach me.  But they also remind me that there’s a whole lost generation of men in between us, who should have been my mentors too.

My imagination and awe for the WWII guys has been overstimulated this week.  I’m stunned when I’m reading about the man who became the father figure to 7,000 navy men heading for the Philippines, the decisive naval battle of WWII — most were teenagers and most had never been on a boat before.  The man who became their father figure?  He was 24 years old.

After seeing the world, they couldn’t go back to the farm; they flocked to cities.  Their younger friends and brothers followed. Some of those immigrants to cities sought work and fortune.  Some sought cultural and personal freedom; the energy and magic of New York, Boston, Paris or Mexico City must have been special, letting a mingling exploration chart new paths for artists like Robert Courtright and Jasper Johns and artist/gardener John Fairy.

Yesterday, I had lunch with one of these guys.  He told me he was a barefoot boy in Elmwood, then how extraordinary things unfolded.  He left small town South Carolina in the ’40s and got a job at the New York Public Library.  He loved arts, including gardening styles, and would spend days at Brooklyn Botanic Garden.  But the world was big. “I loved opera, but when I saw A Street Car Named Desire on stage in New York, I was enchanted by New Orleans.  So I moved to New Orleans.”

He also told me the story of an Ilex vomitoria selection that he named years ago to honor a young horticulturist friend.  It’s a plant that I’ve used for years as a sheered hedge.  We walked into his back yard to see the original plant, and he told me the story of Michael James, a North Carolina born horticulturist who lived in Columbia for a while but studied gardening in Belgium and London.  Mike knew plants, garden style and garden history— inside and out.  I asked my old friend, the WWII guy telling me the story, why he’d named the holly for Mike James.  He got little teary, and I got the feeling he’d never said this, never used these words until now, “You see, Mike had Aids.”  When Mike could no longer work, my older friend would take him on slow, teetering walks in the garden.  Mike found the holly, recognized it had a distinctive leaf and encouraged it to be sent off to the National Arboretum.  After all that, after Mike was gone, this new, little leaf holly needed a name.  So it forever honors Mike.  Michael James is part of the lost generation; he should have been a mentor to me. Mike, Jerry, Gerald, Joel…..all these men had come through a struggle to be out, to be great gardeners. They were bold, brash and yeah, a lot of them were prissy queens. They changed the face of horticulture.  Imagine how much more creative the garden world might be if they hadn’t died en masse.

Today, I’m their age.  Of course, I mean the age of most of those guys when I met them.  When they died.  And right now, at the moment in fact, I’m planning a lecture for 500 Future Farmers of America highschool students.  It’s the kind of event I don’t really get to participate in: professional guest speakers interspersed with songs from a live country western band. But when I stand up there tomorrow, I’m representing all of those fellas who, on their spindly legs and with rolling IV drip bags, taught me to understand history, to appreciate it, then to revolt against the dumb parts, to buck trends and make gardens all my own.  Today, I’m a little sad.  But tomorrow, when I stand up in front of those students, my mentors will all be with me,  encouraging me to say what I think and  being proud that some of those youngsters will understand that history is inspiration and lesson, not pattern. 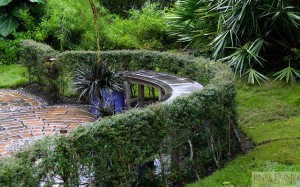