Beech Island, South Carolina. The City of two untruths. There’s no beach, and there’s no island. There is a third untruth, but I’m ahead of myself. 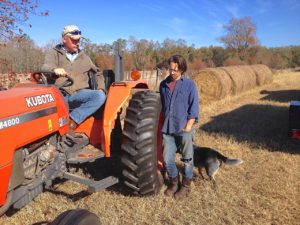 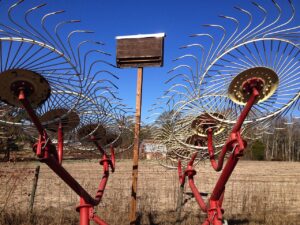 Jenks and I went to see our friend and neighbor Mark, on Friday morning. His Thanksgiving was as perfect as ours. Mark grows and bales a beautiful, healthy hay, and our donkeys had us on a grocery run.

Mark began clearing his huge field, twenty years ago. He spent years preparing the soil for this hay. Decades before that, Jenks and Mark both worked for Mr. Frank Atkinson, who mentored and raised awareness in both boys.  They both learned early that the soil is the key. Mark’s uniform field of Bermuda hay, all cut and khaki colored this time of year,  is the result of hands on elimination of unwanted intruder plants.  Healthy soil, healthy plants, few weeds.  Minimal traffic impaction, respectful understanding of what lies beneath our boots, love of the land and work. Mark loaded our amazing, 1,800 pound bales of hay and said he’d see us tomorrow night at our oyster roast on our little lily farm.

Oysters and beer. A perfect cocktail for leaving gates open at the end of a big night. So the donkeys saw the opening and, because they’re donkeys they went out. When we woke and realized the female, Justina Beiber, was back home alone but Buck had trotted off somewhere, we grabbed several handfuls of Mark’s delicious hay and some Pringles to tempt Buck back home.

The love and connections in Beech Island are tearfully beautiful. Jenks writes about love, the farm where he and Mark worked, and these connections in his book, Deep-Rooted Wisdom. People living together in harmony with the land and each other. That’s the thing.

And that third untruth I mentioned? There is no city of Beech Island, South Carolina; no incorporated entity, no defined lines. There is a place, we hope for you too, of neighbors, connection and living in harmony, called home. 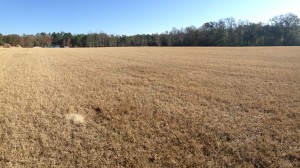 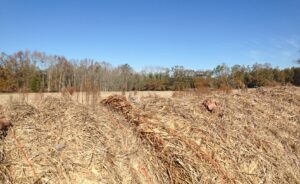