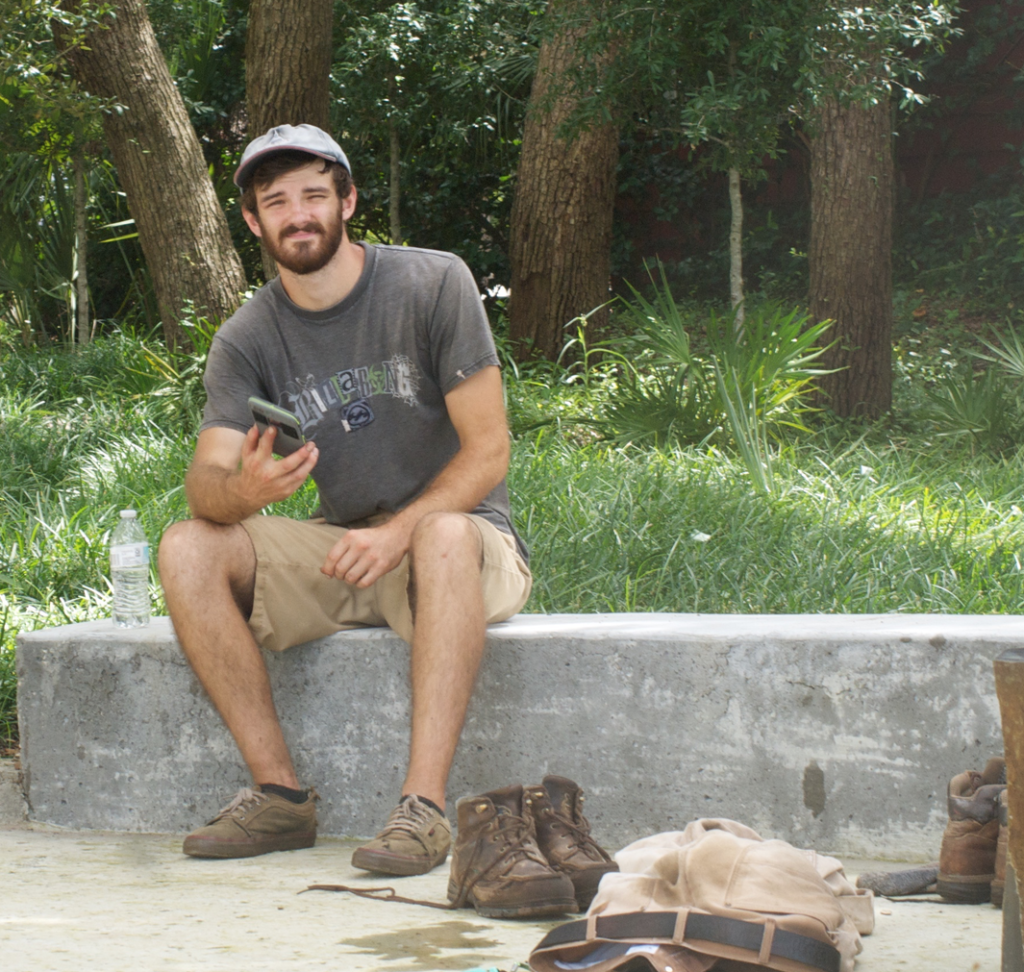 Our beautiful barrier islands have been landscaped beyond recognition. Typical “landscapes” seem designed to demonstrate that people can dominate nature. We can. We do. For a moment in time. But in making and keeping up typical landscapes, we’re doing harm to the life on the islands, in the soil and in the water.

Consider the place I’m working on now. It’s on the marsh side of Isle of Palms. The area between normal high tide and dry land is called the inter-tidal zone. It’s a slope,  just 4 feet above the pluff mud, saw grass and salt water marsh. There below,  a colony of fiddler crabs— tiny but fearsome creatures who captured my attention as a boy and made me want to be a marine biologist. There’s something magical, respectful and demanding equality in the they walk completely backwards and sideways, while threatening or waving with that thick, toothed claw.

Anything we do on this sandy bank slides right down to those fiddlers.  Then it runs out to the red drum fish, the blue crabs and countless other lives in the marsh. 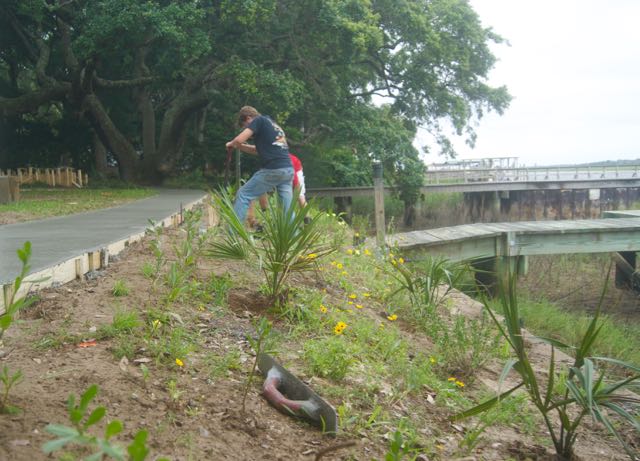 In this delicate place, every little thing we do is magnified. Anything added to this sandy planting spot will run through the sand, right into the fiddler crabs tunnels and the inch-deep water in which they filter for food.  Weed killer, fertilizer and irrigation. Yep, even irrigation run-off causes tons of problems. Extra fresh water or extra nutrients can cause plants to grow in the mud flats where fiddler crabs live, feed and enjoy a little open space.

It should be a crime and it is ethically abhorrent to let landscaping destroy their world. Our world.

This new garden glorifies the plant community that would have been, that still exist in fragments. It honors the fiddler crabs.

The plants here adapt to soil that is low in nutrients. They adapt to soil that literally repels water. They adapt to constant wind which is laden with salt. And of course they adapt to salt water floods. Everything we are planting is adapted to this place. Almost everything is native to this inter-tidal-zone habitat.  But we added a few sparkly plants, things for more drama like Salvia greggii and Gloriosa lily which will fit right into the mix without causing havoc or harm.

We are making a garden after all. A wild garden, but a garden. There’s a pool, walkways and swings. There’s an irrigation system (used to establish the plants only.) There will be organic fertilizer. Maintenance will be once a year cut back. There’ll be weeding to make sure the plants we want thrive and to make sure aggressive plants don’t create a mono-culture.  To make weeding easier, we’ve segregated grasses from flowers — that’s certainly not natural but it is easier for guys weeding to distinguish desired plants.

There is no such thing as recreating wild. We’re re-imagining. We’re planting a sand dune that is hospitable to people and fiddler crabs.

This inter-tidal planting is a tiny part of this garden.  Up the bank, under the live oak, a shady meadow is being planted. In an open area, an “alternative” lawn of mat forming dune plants. Along borders, privacy shrubs, palms and trees.  Those will be planted in varies sizes so that after the next hurricane, there’ll be a resilient, juvenile forest ready to grow.  Just like in the wild that was here.  All is interconnected with sinuous curving walkways, stained our signature rust color and etched to reflect the shadows of the trees.

As we were planting, the owners told me, “The reason we waited so long to do anything is that we  liked it as it was.  We didn’t want to change it; just enhance it with walkways, a place to sit and designated place to park. We want it to flow into the marsh, the woods, the dunes.  This kind of garden you’re planting does just that.”

After one full year, the inter-tidal planting has mostly worked well.  Though, I have to say, we’ve constantly amended expectations.  And more importantly, amended ideals of what a garden should look like.

For example, a tiny whitish-yellow aster seeded in. At first glance, I wanted to pull it all out. But on second thought,with a bit of discussion, we decided it was airy enough not to smother other plants and prolific enough to be unifying and beautiful — not so pretty on it’s own but handsome from the upstairs deck. (see pic below)

There’s been lots of hand weeding too. Mostly to keep dollar weed out.

Some things planted (Dune Primerose and Marsh Aster) pretty much died out but before they did, they flowered.  And seeded. Now there’s an army of both on the dune.

One huge failure was Ageratum (Conoclinium coelestinum). That plant is so tough, it’s normally a pest. But it all died here. It didn’t reseed. I suspect it didn’t like the saltwater inundation during Hurricane Mathew.

Another failure has been Sabal minor. So it was replaced by Seranoa repans.

But no chemicals at all; no fertilizer or herbicide.   So today, we planted new things, more aggressive things to give some dense cover.  Those included Finger Grass (pic below), which was already growing on site, we just added 72 more and sweet grass.  Flat top golden rod, perennial marigold and yellotops (Flaveria linearis).

We’re also testing bracken fern in full sun and in shade. Also in shade, Geum canadense.  In the shady area, beggerlice as well as Crinum erubescens thrive — the crinum seeding in.

Two new pics are below.  See updated gallery for new and older pictures.  Hold your cursor over the pictures to read a caption. 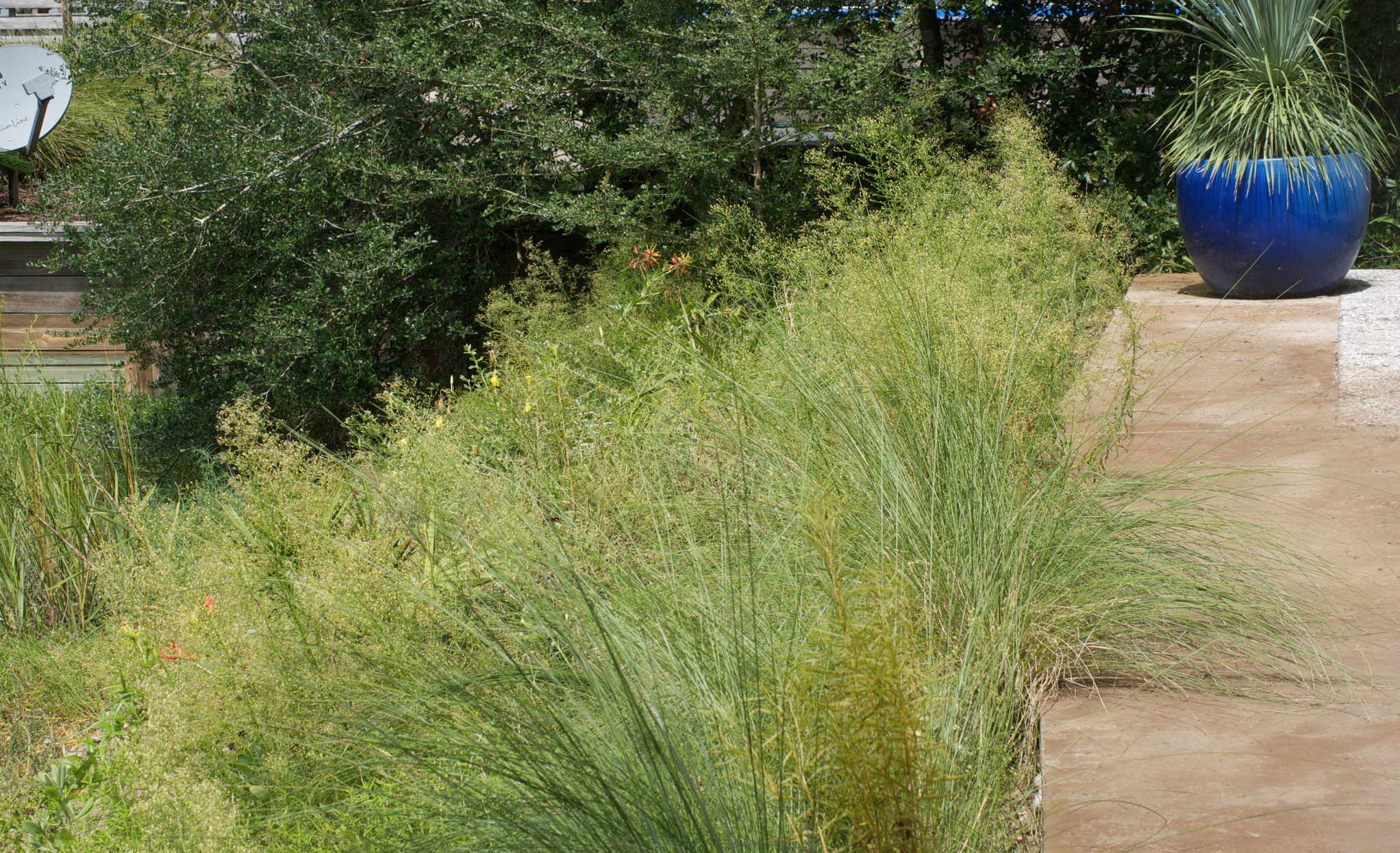 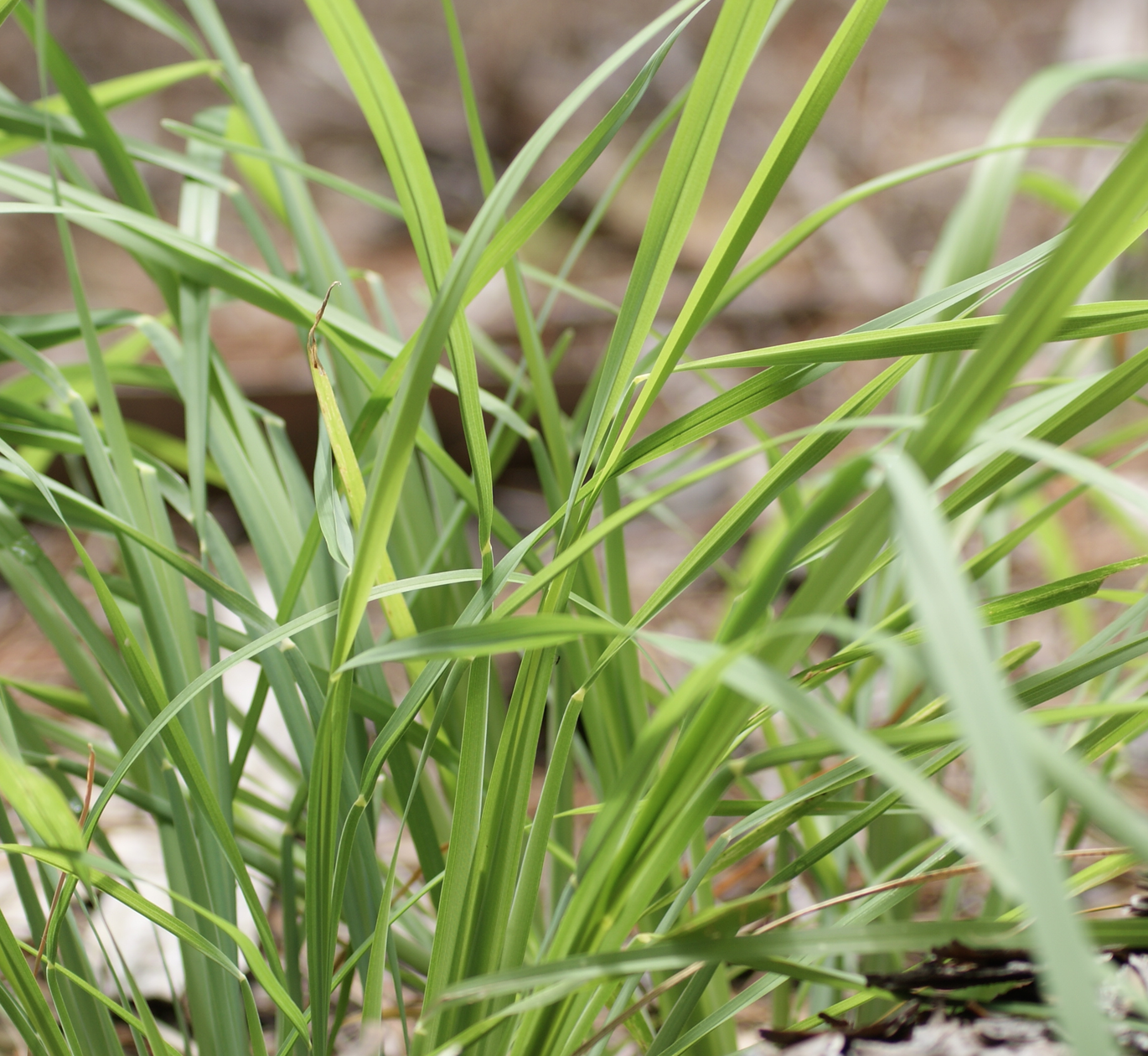 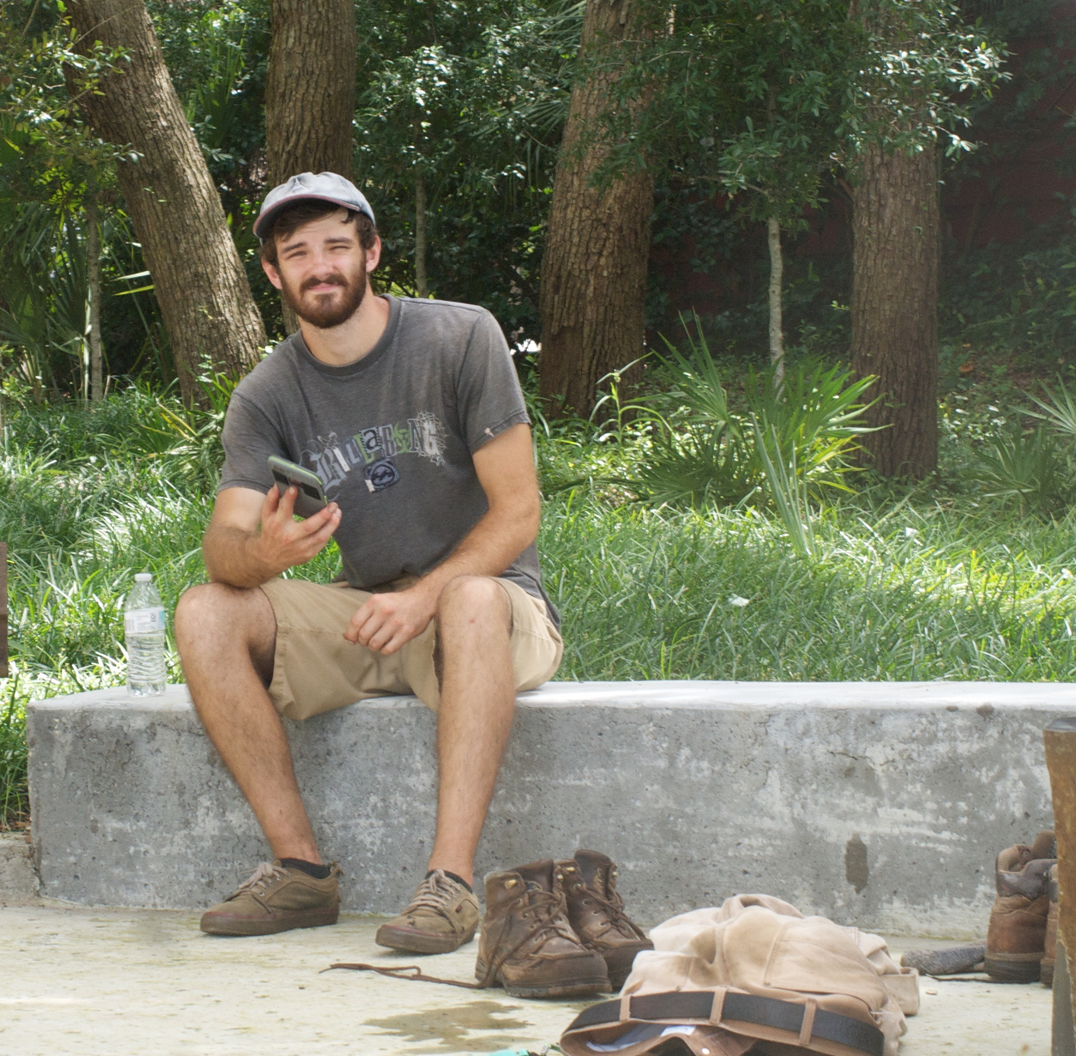