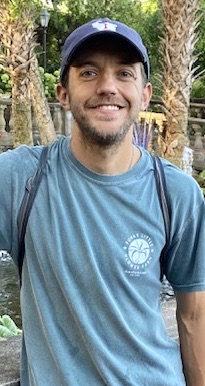 Do you remember the first time you grew a plant from seed? Maybe it was a veggie, a flower, even a tree! Maybe its shape, size, color, texture, or smell might ring a bell. Or the memory of seeing the whites of your Mother’s eyes when you pulled what you thought was a weed to make way for your new baby seed. Maybe you learned something from that seed that season if you really stopped to pay attention.

I remember mine, it was a Tuscan Kale. A tall lanky fella, with a funny hairdo.  At the time I was in the process of taking a break from a relationship (aka, getting dumped), and I needed a hobby, something to keep my mind off taking a break. I got the seeds from Simpsons, a local farm and hardware store in Sumter. I started a tray of 12 of them, giving all but one away once they had a few sets of leaves. I learned from an early mentor of mine that it is better to share plants than to hoard them; they are not meant to be locked away in cages like we so often like to do. Propagated, stored, and sold in stores or shipped away in plastic, cardboard, or (once widely used) tin rocket ships. Artificial, but necessary,  environments for supporting and transporting plant life here on earth.

Once Kale gets going, you can begin to harvest the older leaves weekly or choose to wait till later in the season to harvest all at once. I trimmed it that way because I learned that is the right thing to do for a continuous harvest. You allow the plant to get big enough then begin cutting the oldest leaves off, always sparing the top three sets of leaves to allow the plant to continue to photosynthesize; that being said, you can top it above the bottom few leaves like animals or falling objects do in nature, and it will sprout two new shoots from that point, but I don’t like doing that. Repeat as growth allows and based on size of leaf desired- the larger the leaf, the more bitter it tends to be. Using this method I grew my kale through that winter (sometimes covered in a centimeter or more of ice), through the spring, and culminating in its final stage of life in late summer. Shaded, consistently moist, and flower stalks trimmed back numerous times, it was finally time for me to say goodbye, finally time to let the kale seed out and die.

I grew the same kind of kale (Brassica oleracea var. acephala ‘Lacinato’), that Thomas Jefferson grew, and supposedly loved, at Monticello. A cultivar that was bred in Tuscany in the 18th century. Every one of those 250+ years, kale plants just like mine- despite being bred for human gain- gave their lives to ensure the continuation of their species, probably knowing people just like me and you would save and plant its seeds, so it wouldn’t all be done in vain. I will never forget that tiny, calico-colored, smooth, round seed that sowed in me a love that has been growing since. It helped me when I needed it most and taught me about the meaning of life, suffering, and the duty we have in taking care of ourselves, each other, and the environment.  I now know, it is my destiny to share that love with you, before it is my time to go.

My name is Kevin McGinnis. I would say that most people’s opinion of me is that I am weird and obsessed with nature; I’m cool with that. A wise old man- who happened to love, and also reminded me of, Yoda- once told me ‘wyrd’ is a very old word meaning, “connected to the spiritual world, or connected with fate and destiny”. And don’t we all want to keep that curiosity and awe of the natural world that our inner child just doesn’t seem to have time for anymore?

Prior to working at the farm, I was a lawn care technician. Tasked with applying inorganic soluble fertilizers (salts, in my world), which cause toxic red algae blooms along our warming coasts, and probably the dirt-tasting water in Columbia that comes from the exudates of dead marine organisms; and create hard-pan, nearly lifeless, bacterially dominated soils that weeds adore. Once soil has lost most of its biology, organic matter, and oxygen, it should actually then be called Dirt. In addition, I applied concoctions of gene-altering, water table-tainting chemicals to residential and commercial properties throughout the Midlands.  One chemical is especially known for its long half-life, presence in our water, and uncanny ability to castrate frogs and demolish beneficial soil microorganisms at rates well under the minimum dose required to kill a weed.

I wondered what all of that stuff is doing to our bodies and the necessary microorganisms in our gut. The same ones that originate from the soil and are passed on to the foods we eat. Some of these bacteria have started to be sold as probiotics, just like our water is bottled up and sold to us by a mammoth foreign company. Money can be an unimaginably destructive thing. Possessed and blinded by greed, King Midas nearly took his daughter’s life, when he hugged her. luckily for them, he was given a second chance. I interpret this, in modern times, as a warning to monitor what is being what we buy more closely and decide if it’s actually worth the price.

I also did maintenance for a city golf course and technical college in Sumter; a high-end private course in Bluffton; completed a B.S. in Interdisciplinary studies from USC upstate, with a focus on nonprofit organization, business, and psychology (weird combo, I know); completed an 8-course landscape training certificate program through Midlands Tech; led a crew installing landscapes, hardscapes, and drainage throughout South Carolina; worked at a trendy nursery/antique store for a year and decided I did not like retail, the measly pay, nor the bartering and unrealistic expectations upon myself that came with working at a ½ acre nursery, greenhouse, and antique store 6 days a week practically by myself.

I quit that job and began an epic backpacking journey through the Southern Appalachian Mountains. My loving Mom drove me all the way to Harper’s Ferry, WV in August. She promised to walk with me to the trailhead, which took us forever to find- I didn’t mind, it would hurt to see her go. I remember running back towards her, across that hot concrete slab that hovered over the Shenandoah River with its arching steel legs planted in the mountains. It reminded me of the dried-up, war-battered aqueducts I’d seen in Rome years earlier, and wondered if that would be our fate too. Teary-eyed and exhausted, a grown-ish man  -0.1 miles in, I’d run back with my 55 lb backpack, because I wanted her to know how much I loved her, and that I was running towards the life I wanted, but not away from the life I had… She looked into my eyes, the same eyes she knew as a child- and told me to, “man up”.   I also told her that I would appreciate a lift when I got down south (thanks mom). I emerged from the bottom terminus of that green tunnel in Springer Mt., Ga, 1,080 miles, 3 months later and 10 pounds lighter (but with ripped legs).

Before I began, a really nice guy at the Trail Conservancy told me I was lucky to be hiking south that time of year, because I would be able to enjoy the changing of summer to fall the whole way. He was right. Ghostly yellow football-sized leaves in the understory; black soaked bark rode up to massive bare canopies, likely resembling the roots; burnt red and cosmic-dark purples, with soothing lime-green veins that reminded me of fresh growth in spring; mosses that looked like fields of tiny pine trees; caution orange edible mushrooms and massive shelf fungi infecting trees, likely be dead soon; fields of tall, tan, waving grass with an occasional wise old oak watching over the field it once knew as a pasture and a farm; and the bluest skies I’ve ever seen watching over us all. I learned from the book, Walking with Spring, of the trials and tribulations that the founders of this trail went through, to ensure the preservation of such beautiful lands. I felt proud to be connected to them and their hard work- which finally paid off in 1968 when the 2,168-mile footpath was designated as our Country’s first National Scenic Trail.

Most recently, upon my newfound skepticism towards large shady companies -whose profits often surpass those of some less fortunate, less entrepreneurially opportunistic famished countries- I have decided to join the (real) green movement by taking classes online from Dr. Ingham’s Soil Food Web School, to become a certified lab technician and consultant. My job will be analyzing soils (or dirt), composts, and compost teas and extracts through the use of my, yet-to-be-purchased but highly anticipated, trinocular microscope, as well as through a cool high tech, high res, highly expensive hd camera that fits in the third “viewing hole,” hence the tri- in the -nocular. Direct observation, through shadowing microscopy, allows you to assess the population and biomass of bacteria and fungi (decomposers); as well as their predators: protozoa, nematodes, microarthropods, worms, and others that consume these prey and release (poop out) the excess nutrients in a plant available form, near the roots of the microbially colonized plant. After making these and other observations on site- like depth of soil compaction and water infiltration rates- I will then suggest recipes for composts based on fungus: bacteria ratio, which is determined by the crop you are trying to grow.

I hope you’re intrigued and want to learn more. However, there will be plenty of time for me to go on and on about this topic later… I’ve gotta run;  I need to make sure my seedlings for my fall/winter harvest of veggies and flowers (and eventually seeds)  aren’t drying out in this summer heat. I try to make my writings as interesting and informative as possible. Driven by something my grandpa used to say, “no education is ever wasted” (high school Latin has helped me, learn botanical nomenclature); as well as a saying by my dad, “you remember what you want to remember”. I challenge you to challenge the opinions and facts that I’ve placed here. I have done my best to present you with the absolute facts, and nothing else, as Bertrand Russel once recommended. However, I am always open to a healthy debate on this particular subject.

I’ve come to realize I am not perfect; nor was Bertrand Russel,  my coworkers, bosses, clients, and machinery I once blamed my lot in life on. I can confidently say if I could do it over, I wouldn’t change a thing. The lovely people I’ve met, places I’ve seen, experts and mentors I’ve learned under, and the before-and-after shots, I still keep, were all worth it. Experiences are what lead to a savory life, staying with us no matter what. You cannot honestly say the same for money or material things! So get out there and plant some seeds with a friend,  not only for you, but for the next generation of growers, microbiology, and plants.